Saddle fitting is, at best, an inexact science.  Sometimes the laws of geometry and physics do not apply; sometimes the logical, rational route to solving a fitting issue drags you through the labyrinth and runs you into the dead end again and again.  Sometimes you have to listen to your gut, that hunch, that little voice that says, "Why don't we try this instead?" Because sometimes it's the creative, right-brain method that works best.  In light of that, I think it would be fair to say that saddle fitting is probably more art than science.  And in light of that, it's really no surprise to me that many saddle fitters have a very creative side and are often involved in the arts.

Stephanie Bloom is like that: saddle fitter and artist, and pretty damn good at both, in my opinion.  She fits and sells Reactor Panel, Phoenix and Native Pony saddles, and she does some of the most wonderful animal portraits I've seen: 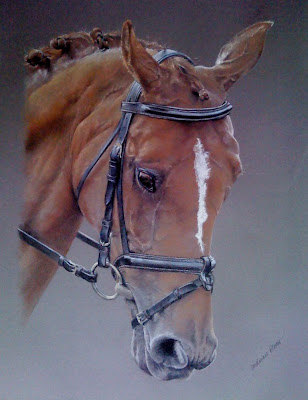 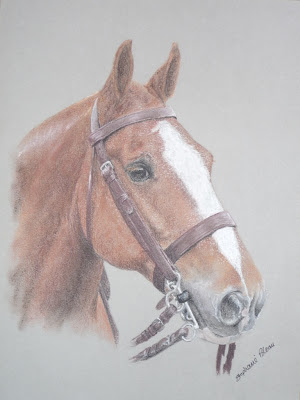 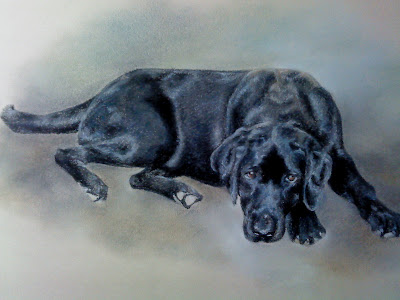 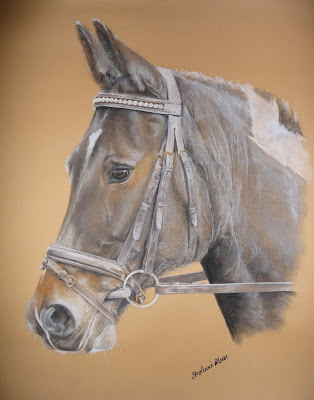 To my eye, the thing that sets her work apart isn't so much the draftsmanship - which, admittedly, is superior - but the expression she captures.  When you look at her portraits, you don't just see a black Lab or a chestnut horse - you get a sense of each animal's personality and individual character, an idea of who they are rather than just what they are.  Stephanie works in chalk pastels, doing her portraits from photos; she's been doing commissioned portraits since 2009.
You can find out more about Stephanie and her work at http://www.stephaniebloomportraits.co.uk/.
Posted by saddlefitter at Wednesday, September 21, 2011

She has exceptional eyes: her artist eye and the way she captures her subject's eyes.